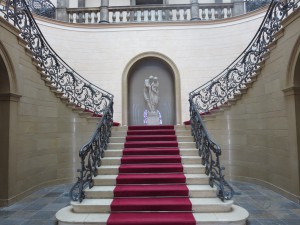 The purpose of a Revision (appeal on points of law) is to review from a legal perspective an appeal judgment or a unanimous ruling dismissing the appeal (Sec. 542, 543, 522 para. 2 ZPO (Zivilprozessordnung/German Code of Civil Procedure). In general, the process involves a hearing and a final decision referred to as Urteil (judgment).

A Revision only takes place if either the regional court of appeal has granted leave to appeal in its judgment or if the Federal Supreme Court has allowed the appeal following an appeal against refusal of leave to appeal.

According to Sec. 26 no. 8 EGZPO (Einführungsgesetz zur Zivilprozessordnung / Introductory Act to the German Code of Civil Procedure), the Nichtzulassungsbeschwerde is only admissible if the value of the complaint to be asserted by appeal on points of law exceeds € 20,000.00.

To be successful, a Nichtzulassungsbeschwerde needs to demonstrate that the legal matter has fundamental significance or, that the further development of the law or the assurance of uniform adjudication requires a decision of the Supreme Court. It is not sufficient that the appeal judgment is affected by legal errors. In general, the dispute must have significance beyond the individual case. Some examples of matters warranting appeal include: (1) the decision of the regional court of appeal raises a point of law which may arise in a significant number of further cases; (2) the regional appeal court deviates from the adjudication of another regional court of appeal or from the adjudication of the Federal Supreme Court; or (3) the regional court of appeal has violated constitutional rights of the defeated party. In numerous decisions, the Federal Supreme Court has undertaken to clarify the requirements of admission acc. to Sec. 543 para. 2 ZPO. However, considerable uncertainty remains. This gives the Federal Supreme Court de facto wide discretion when deciding upon a Nichtzulassungsbeschwerde, the more so as it is not required to give specific reasons for this decision.

The chances of success of a Nichtzulassungsbeschwerde can only be evaluated based on a thorough analysis of the court files. This applies in particular when a violation of constitutional procedural rights is in question. Therefore, the Federal Supreme Court makes available the original court files to the lawyers who are handling the case provided they are admitted to its bar.

Upon Revision, the Federal Court of Justice reviews the decision of the regional court of appeal from a legal perspective only. The Federal Supreme Court examines if the regional court has properly conducted the proceedings and has correctly applied the applicable substantive law.  In general, new facts may not be presented and no new evidence is accepted. Usually, there is an oral hearing. However, in cases in which the Revision has been admitted by the regional court of appeal, the Federal Court of Justice may reject an unsubstantiated Revision by unanimous ruling without oral hearing.